Last week we got four ducklings. They names are Quakers, Cheese, Mily and Tilly. Sadly Cheese died a few nights ago but the rest are alive. We feed them meal worms and duck food. We didn’t think they would eat the duck food but they love it.  They live in a huge cage which has blankets and food and water. They go swimming in they water bowel.

We were rushing into the hospital. He was really ill after fainting for a whole hour. Earlier that day he had eaten some chicken from the deli in countdown which he now knew wasn’t cooked. They were inside the hospital waiting to see if he would survive. But the doctor came back with bad news, he probably wouldn’t survive. All they could think about was how this might be their last day together. 3 days later he had gone into a coma. They found out that there was a way to keep him alive but he would be paralyzed forever!

My favorite things throughout the week were…

Baking on Tuesday. We made scones.

We also made a scratch witch is online coding.

They are my favorite few things from last week.

In the savannah, the 2020 world cup was just about to start. Bob the captain of The Meerkats stared at Morris (the leader of The Vultures) who was perched up in the tree. Morris stole the hanging berry ball and flew off. It had started.

Bob sprinted, trying to catch up to Morris and get the ball out of his claws. One of the Meerkats had a better idea. One of the players grabbed the berry and  they all held on to each other’s feet.

The Meerkat had got the ball, but there was a little problem: they were in the sky with nothing to catch them. Bob decided they would keep on passing the ball until they hit the ground. That is going well until Morris intercepts and clutches the ball in his sharp talon.

Morris teases The Meerkats but isn’t looking where he is going and soars into a cliff with a bang. The ball rolls down the cliff face and into The Meerkats hands.

Bob ran to the post and  drop kicked the ball over the post. The Meerkats had won!!!!!!!!!

Next are the Lions.

Our wet suits were cold and wet as the icy sea water creeped up to my ribs. Rocks covered with barnacles scraped at my feet as we walked along the rocky island. Little pools of water were scattered everywhere with slimy seaweed lying at the bottom. The water rushed past my body as I jumped off the huge rocks. We swam back to shore with the seaweed brushing past us. The cloudy afternoon turned out to be fun and hilarious. 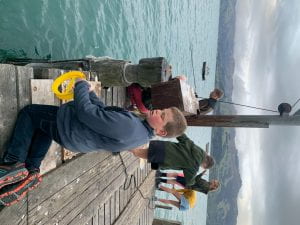 Term 3 was a great term and it was the first full term this year. My favorite  part of this term was baking in the tuhura.  We also did things like youthtown, math,  reading and bloging. I learnt a lot in math like my division. That is a little reveiw of my term.

Here is a picture of her. 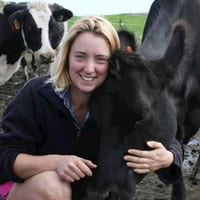 This friday I’m going to one of my best friends birthday party.  Her name is Olivia. I would say what I’m going to get her but she might see my blog. Olivia is turning 11. My best friends Kenzie and Sophia are also coming. We get to make dinner and were going to make nachos. We also get to see her puppy flossie. We are going to have a spa because they got a spa.

On Monday we went in to room four to help them with their electricity kits. 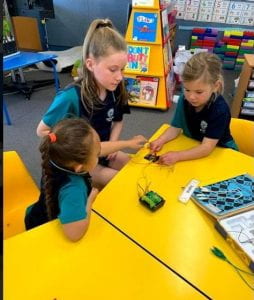 On Tuesday we did baking. Olivia,  Kenzie and I made chocolate chocolate chip muffins. They were very delicious but very chocolaty. 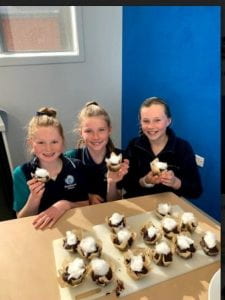 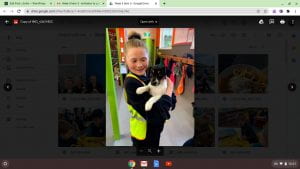 On Thursday we made nachos. We got to eat them for lunch. We also got to help room three with their electricity kits. 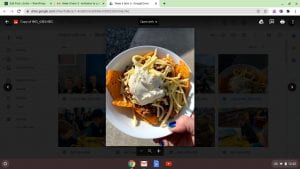 One day a man called Mike was very super excited to go all the way to Antarctica. When he got there all he saw was frozen water surrounding an island of rubber. Mike thought he was on the wrong island but no this was the new polluted Antarctica. Mike could just see a striped mountain  popping out from the top of new Antarctica. Mike climbed until he couldn’t climb any more. Mike finally got to the bottom of the mountain and realised that he was the first one to discover the mountain he called it Mt Mike.